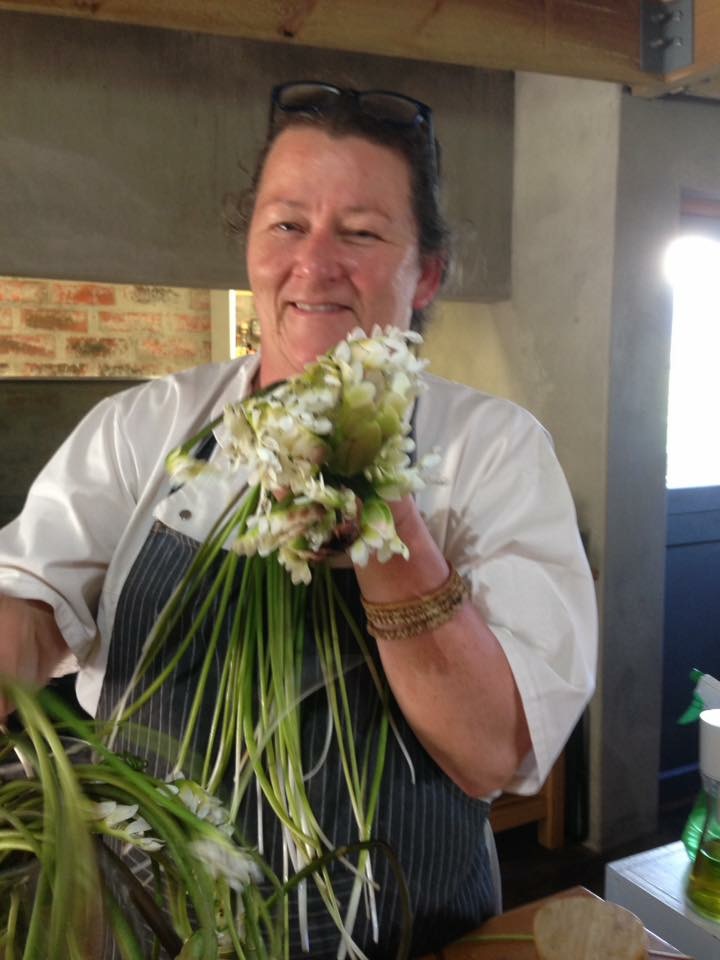 After Silwood Kitchen in the 80s and a couple of restaurant stints in the Mother City plus a year of cooking on Crete, the African wilds were calling. The early 90s saw the SA Safari luxury destinations grabbing the attention of the foreign market. Expectations were high, and bush dinners became my signature. This led to planning new lodges, including; – kitchen design, un-skilled staff training and from time to time laying one earth brick upon another.


Jozi was a most central choice for my next venture to continue bush cooking whilst setting up Barnes Street Culinary Studio. The old corner store in Brixton provided a social environment for a professional 12-month cooking course. The courses spanned over 10 years. Part-time students enjoyed creatively participating in street food pop-ups, open-air brunches at Sterkfontein Caves, exclusive rooftop dining in Sandton and many more. Most importantly many who passed through the studio have become long-time friends- this is the true magic of the food biz.


The pull of the Ocean was strong and a move to the Cape wild West Coast followed. Perhaps Paternoster reflected me back to the wondrous time in Greece and this small village became home. Foraging on the dunes and safari dinners filled the days of the yet undiscovered fisherman’s haven. As popularity increased, a derelict on-the-beach cottage became Gaaitjie, the restaurant. The inner workings were a most brilliant local team of ladies who made it their own, they would be an asset to any restaurant nowadays, worldwide!  After 8 years at Gaaitjie my motivation to move on was based on:- Food is fabulous and it can take you anywhere you want to be work-wise, but unless the nuts and bolts are not working well together you will not have success. Creative must work in sync with administration – that is the reality. To have a successful business is to start, battle, achieve, succeed and sell.


A chance meeting in a small boat outside Gaaitjie with an extra bottle of MCC, introduced me to Lainy and Stanley Carpenter of Lokal. It is a privilege to continue co-creating our occasional dining experiences at Lokal.